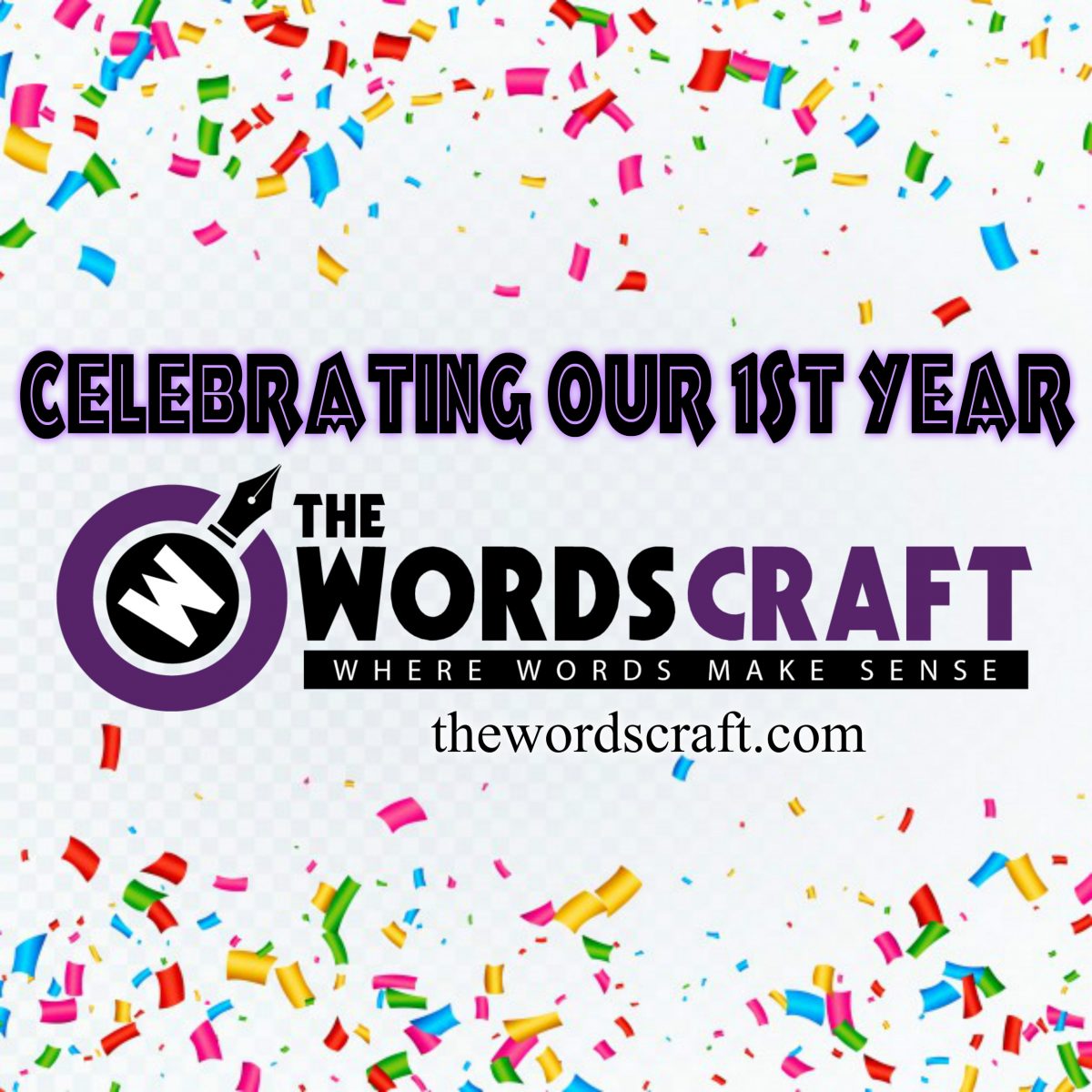 One year back, this day, The Words Craft was launched & was made functional. This is why 1st September is so important to me. Today when I look back & try to remember how it started, it seems so dramatic & I feel sentimental. The idea of having my own blogging website popped up during a phone conversation with a friend come brother. We often have long conversations about life & ideas & other creative stuff. I told him that I wanted to write. He was well-known of my writing skills as I wrote some content back in 2013-14 for his online magazine. So he gave me the idea to start my own blogging website. I was like “Yes! I can do this.” Immediately after the phone call I started jotting down the important points that he told me. I still have that notebook & that is very special to me. I made a list of things & ideas that were needed to materialize. I made a budget plan. Next I thought of a friend who has the similar interests. I called her & told her about the idea. As expected, she was by my side. Next, I started thinking of names for my blog. 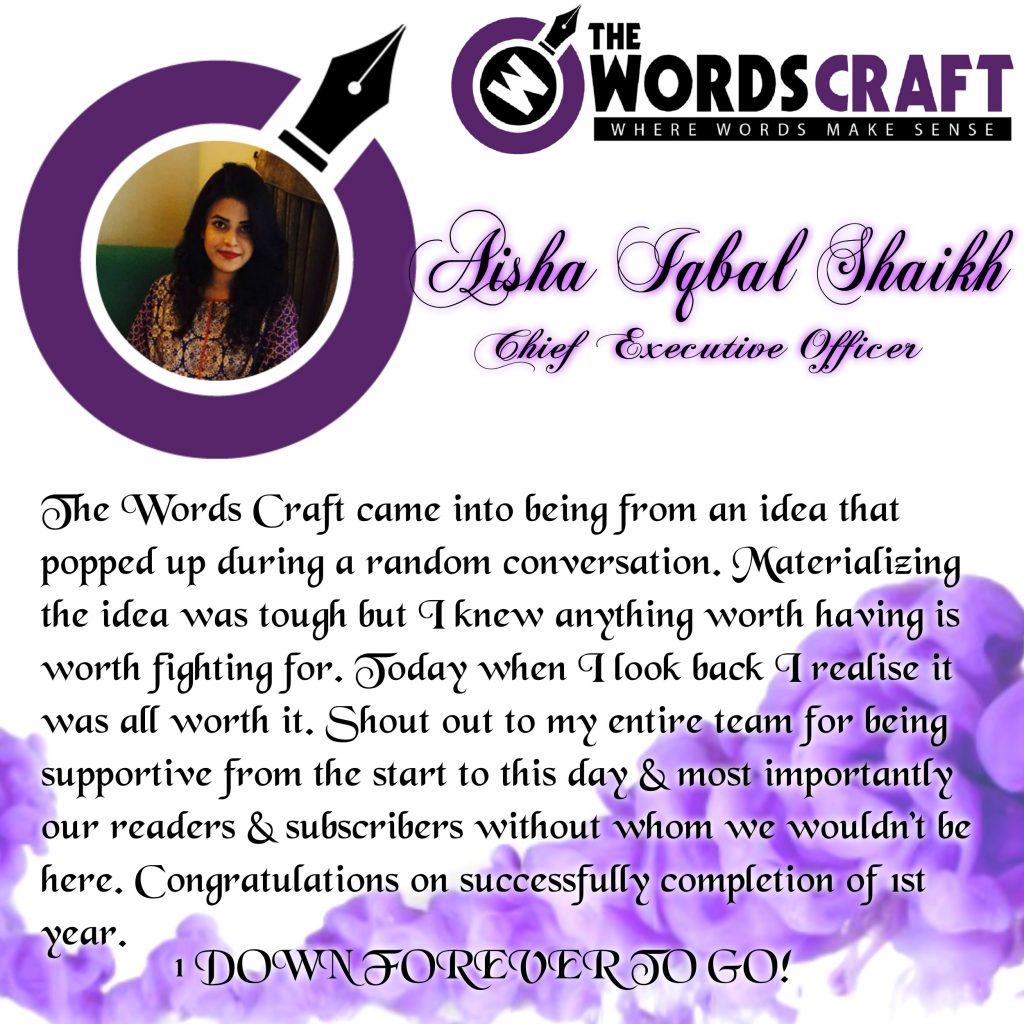 At first I decided to name it same as my previous blog which I had on eblogger which was “Pen With Me.” Due to some technical issues I had to come up with another name. “The Words Craft” was the name I finalized & bought the hosting & domain on 19th July 2016. According to the list I made the next task was to design a logo. I sketched a few logos on my notebook but I wasn’t really satisfied. After several tries, the task was given to a professional designer who designed the logo for us. People ask me why I selected such a rare theme colour. The answer is, I wanted the theme colour to be purple as it represents youth, sophistication, royalty & spirituality. By the grace of Allah everything was happening the way I wanted it. Issues began arising when web-designing started. The launching of website was scheduled for the 2nd week of August, which got delayed for some reason. Everything seemed nearly impossible at that time. My morale got totally down & I stopped working, thinking that I won’t be able to do it. Meanwhile, a motivating conversation with my father gave me the courage to keep going. There was a change in plans, web designers, etc & the website got redesigned within 15 days. The test article was uploaded on 26th August & on 1st September 2016 The Words Craft was launched officially. Thanks to ZeeshSoft for being a lifesaver & making the impossible totally possible. Thanks to my besties Humal & Faraz, for being there since the beginning to this day. This one year has been incredible. We have a long way to go. I wish my entire team good luck & best wishes!