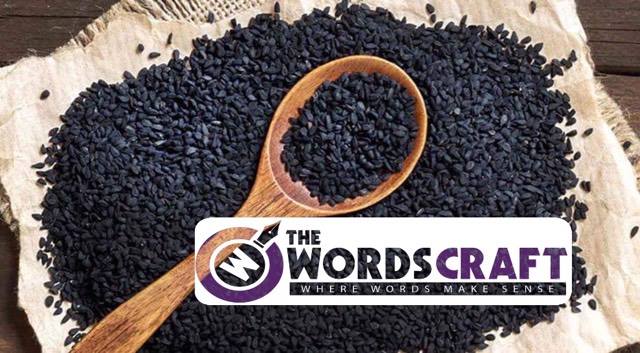 Also known as Nigella Sativa (Kalonji). It is native to Mediterranean region but also has been grown on the Arab peninsula, Africa & Western Asia. It belongs to Ranunculacease .
Black Cumin is not only used for adding flavour to foods but also therapeutic. It is rich in unsaturated fatty acids & essential oils. Other nutrients including proteins, carbohydrates & many vitamins. The plant grows up to 30 cm & have white flowers with black seeds. Our beloved Prophet Muhammad (peace be upon him) told us about black cumin & its benefits 14 centuries ago.
“There is healing for all disease expect death.” (Bukhari 7:71)
There is another Hadith regarding Black Cumin our beloved Prophet Muhammad (peace be upon him) puts emphasis on consistent use of Black Cumin with the phrase “hold on to use of the seed.”
Recent research tells us the benefits of Black Cumin in the induction of apoptosis (cell death) in cancer cell lines & in decreasing blood sugar levels. Black seed extracts and its oil have been shown to strengthen the immune system, radio protectively, reduces high blood pressure, pain reliever, anti-inflammatory, hypoglycemic, anti-fungal, anti-tumor. Black Cumin maladies such as respiratory disorders, skin disorders & allergies. One research even shows that Black Cumin oil is more effective than the Omega 3-s oil in fish oil. Black Cumin is a natural cure that people have been using since 1400 years.