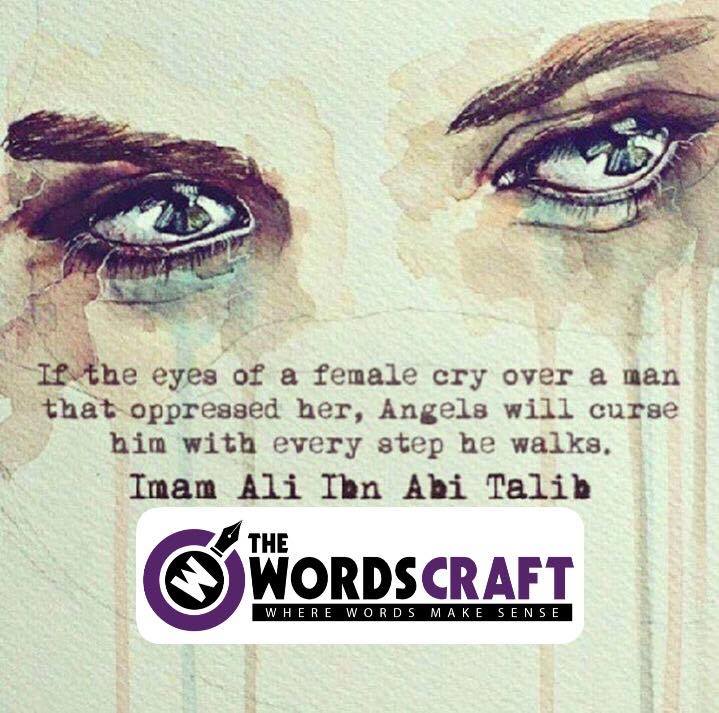 A woman is the most vulnerable yet the strongest element of our society. She is fragile physically, yet stronger than a man. Unfortunately, women are taught to stay dependent on a man for everything, since early age. The idea of staying dependent is not bad, nor are we against it. Agreed, a woman is precious, she should be taken care of. But the idea of being dependent on a man is so strongly fed in minds of the girls that they never grow up to become a person they really want to be & this ends up suppressing all the good qualities. Girls grow up to become woman with a feeling of being inferior.

Not only this, but boys grow up to be men with the same mind set. They marry a female with the thought that they are doing a favor to her, by marrying her. But let’s think about this…  A woman changes her name, changes her home, leaves her family, moves in with you, builds a home with you, gets pregnant for you, bears children for you. Pregnancy destroys her body. She gets fat. Almost give up in the labor room due to the pain. Even the kids she delivers bear your name. Till the day she dies, everything she does benefits you, so who is really doing a favor?

While a man stays in the same home, lives with his parents. Though a woman marries the man but takes care of all his family, which is not an obligation, but she still does it. She bears the anger, bad behavior, live in all conditions with you, always stays & dedicates her existence for you.

“Woman is a delicate creature with strong emotions, who has been created by the Almighty God to shoulder responsibility for educating society & moving towards perfection. God created woman as a symbol of His own beauty & to give solace to her partner & her family.”
– Imam Ali (A.S)

As a mother a woman bears up to 57 Del (unit) of pain, which is similar to 20 bones getting fractured at a time, whereas a human body can bear up to 45 Del of pain. As a daughter she is an advantage, as a sister she is the care taker & respect, as a wife she is a soulmate & partner, as a mother she is a paradise. A woman has major roles to play, without which life is tasteless.

Basically, it is a cycle, a role that is passed on… So try to be a better player of your life & a role model for your children. It is the law of nature, whatever you do comes back to you in the same or some other shape. So be careful when dealing with women!

“If the eyes of a female cry over a man that oppressed her, the angles will curse him with every step he walks.”
– Imam Ali Ibn Abi Talib (A.S)